The furnace was not putting out any hot air this morning.  As is now becoming the custom in our house when it is about cold temperatures  my wife and daughter noticed it first and I of course thought nothing was wrong and the temperature was rather nice. 🙂  A quick inspection showed that the house was 15C inside the house and indeed there was something wrong with our furnace. I heard the the fan but no ignition or flames from our gas furnace when I opened the front cover.  I attempted to reset the unit by turning off power but no change.  I called our furnace repair company and they were over in an hour to look at the unit.  You have to love small towns for service. He found that the ignition assembly had failed again. This was something we replaced in 2007 or 2008.  The part is approx $65 according to the first online source that came up. The part number is: Q3400A1024 and my total repair during working hours was $324.40.

Here is a picture: 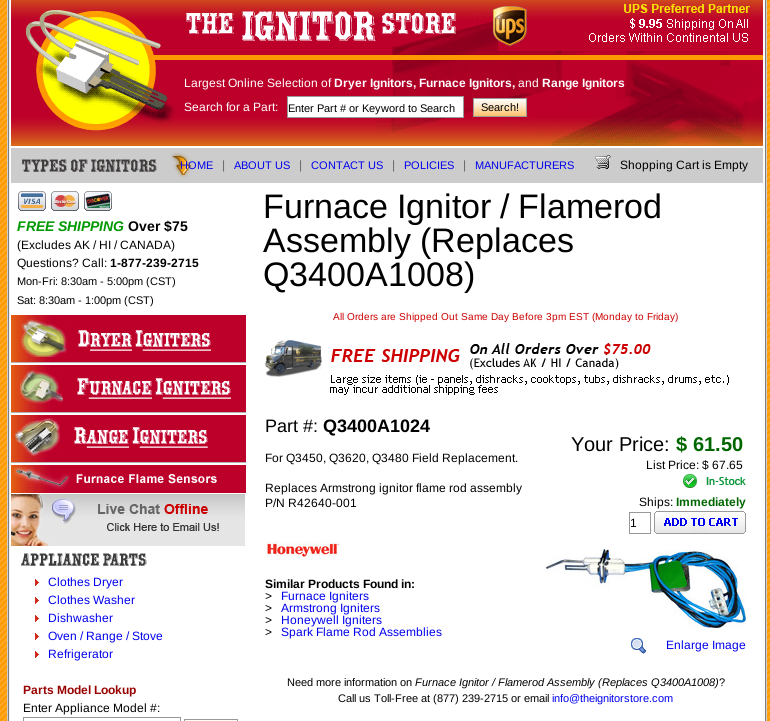 The failed unit is below and I have marked with pen where my continuity failed as I moved my probe up the the unit.  If you look carefully, you can see the black line on the ignitor. That is where I lost continuity. 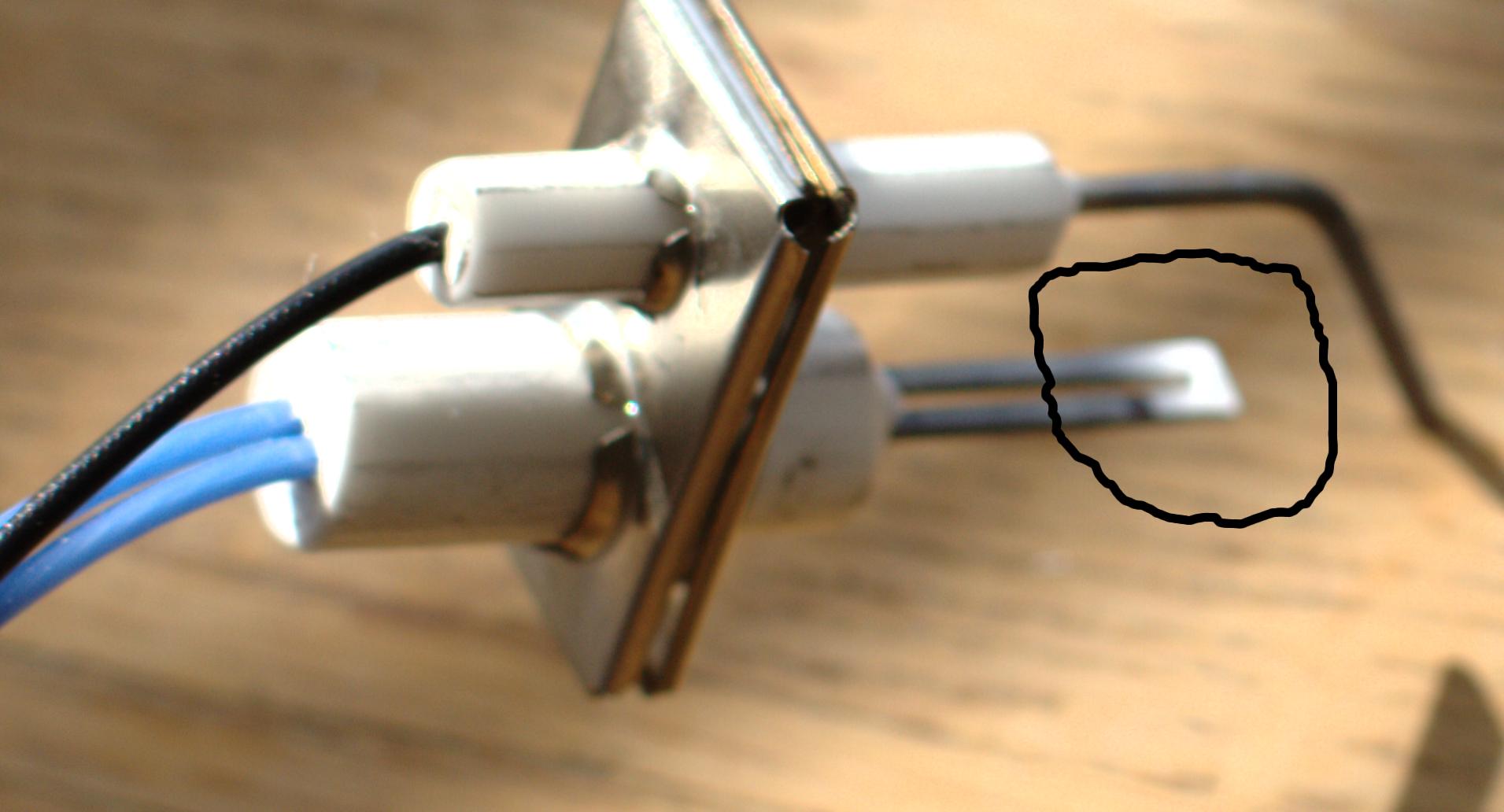 Here is the full picture of the failed unit. My testing procedure is to place my probe on the outer most blue wire and metal strip as I work up this metal strip checking for continuity. The black wire is continuous with the longer ignition metal strip and not broken.